If one knows a mad scientist's sex, one can pretty much predict his or her fashion sense, hair style, and demeanor. This horror icon's mise-en-scène is as rigidly sex-specific as "blue is for boys" and "pink is for girls."

Yes, there are exceptions. But for the most part, gentleman mad scientists favor rumpled clothing, unkempt hair and megalomaniacal outbursts. They can never contain their enthusiasms when their big experiments come to fruition. 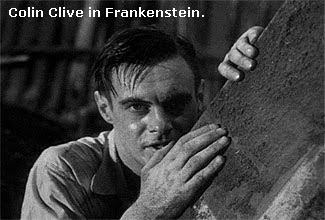 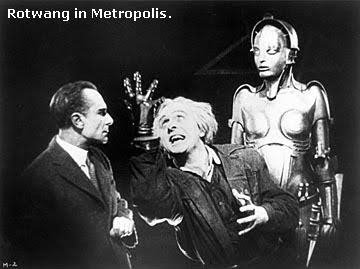 Even the often uptight Herbert West laughs like an hysterical lunatic on occasion.

By contrast, lady doctors are always uptight. Always neat. They rarely display any emotion about their Great Work, or anything else for that matter. Their lips are as tight as their hair buns. 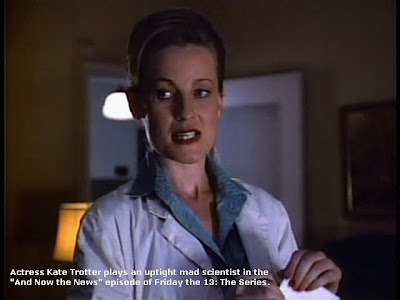 Yes, there are exceptions. The normally cool Julia Hoffman loses it on occasion, and when she does so, actress Grayson Hall equals Willian Shatner in her scenery chewing.

Why this male/female divide in mad scientist style and behavior?

Is our society frightened by undisciplined, wild men, unable to control themselves, or contain their lusts, passions, greed, and ambitions? Whereas crazy, irrational behavior is "normal" coming from "the weaker sex," whose destructive potential isn't all that great anyway.

By contrast, a cold, emotionless woman is "unnatural." Heartless and cruel. There's no telling what bizarre crimes against nature she may commit. But a cold, emotionless man is trustworthy. Self-control makes him safe and reliable. Silent and strong.

I've never been much for "gender studies" (I think "sex" is more accurate than "gender" when applied to people), and I don't know if these are the reasons for how male vs. female mad scientists are portrayed.

For instance, Bond villains (mostly men) tend to be cold, emotionless, and hyper-rational, whereas suspense thrillers have their share of hyper-hysterical female villains (Fatal Attraction).

It's mostly among mad scientists where evil men and women have switched their traditional emotional roles.

For more about the use of mise-en-scène in horror films, see Horror Film Aesthetics: Creating the Visual Language of Fear. This blog represents a continuing discussion of my views on horror, picking up from where the book left off.
Posted by Thomas at 3:54 AM