It's Film, Cinema, or Motion Picture -- But Never Say "Movie" 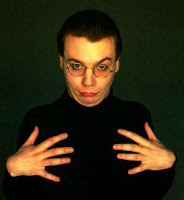 Last December, while reviewing Horror Film Aesthetics, a critic for Zombos' Closet wrote: "Ever notice how calling a movie a film makes it sound much more important and academic? I suppose it helps when discussing horror movies--I mean films--especially their visual language."

I assume "Zombos" was half-joking -- yet his observation is closer to the truth than he probably realizes.

In my first class at NYU's film school, a professor told us that the correct way to refer to a film was "film, cinema, or motion picture." All three were acceptable. But we were admonished to never say "movie." Only the ignorant called it "a movie."

The students eagerly lapped it up. Jargon helps separate "professionals" from "amateurs," implying expertise in a difficult subject. Film students need this psychological boost. Many "lay people" suspect that studying film is not as intellectually taxing as, say, calculus or quantum physics. (Okay, it isn't).

Jargon not only suggests to outsiders that the speaker is entitled to respect; jargon also helps convince the speaker that his years of study aren't wasted.

Apart from jargon, film students sometimes imply their expertise by expressing certain preferences. Black & white is preferable to color. Grainy images are preferred to high-resolution. Film is better than video. Foreign or obscure films are superior to American or popular films. (Which is not to say that these same film students wouldn't like to work for Hollywood.)

Some students waver on some points, but those were the generally approved preferences at NYU film school when I attended. It made for some comical conversations. One student would say that he preferred black & white to color, whereupon another insisted, "Oh, I love black & white!" and then another would jump in to insist on her even greater love for black & white.

How much snobbery is too much? A review should be intelligent, but accessible. A person of average intelligence, without any training, should be able to easily understand what you're saying, and the points you're making.

There no excuse for inscrutable prose. Alas, many academic film books use jargon that's so obscure, you can't find the words in a dictionary. No, I'm not exagerating. My film texts at NYU were full of words I didn't know, and couldn't find in a dictionary.

Film is not a difficult subject. It only requires average intelligence to master cinematic concepts -- provided the professor isn't writing in intentionally obscure, academic code.

If a film book is incomprehensible, then the author is either a poor writer, or is trying to hide a paucity of ideas under a mountain of verbiage.

For what I hope are intelligent, yet accessible, insights on horror films (with just a pinch of snobbery), see Horror Film Aesthetics: Creating the Visual Language of Fear. This blog represents a continuing discussion of my views on horror, picking up from where the book left off.

Image in this post is that of Michael Myers as Dieter Dieter.
Posted by Thomas at 12:16 AM