There is no such thing as horror acting. There are horror actors (e.g., Bela Lugosi, Peter Cushing, Jamie Lee Curtis), but only in the sense that the actor becomes known for working in many horror films. But there is no horror acting style. Yes, scream queens will scream, but their screaming is more often a form of performing rather than acting.
Performing is a broad term that encompasses (among other pursuits) dancing, singing, poetry readings, standup comedy, acting, and screaming in a Halloween haunted house attraction.
True acting, as taught by teachers of The Method, involves creating a character with an authentic, emotional inner life. Real emotions that actors project through their instruments that's what Method teachers call an actor's entire being (including his face, body, thoughts, and emotions).
Method actors emote through their instruments.
Most of the past decade's hundreds of micro-budget, indie horror films fail in one or more areas. Flat lighting, crude sound, and poorly motivated characters  are prevalent. But the most common defect among micro-budgeted indie horror films is the quality of the acting.
Some beginner actors mistakenly think that acting is largely about creating facial expressions. (Someone even self-published a book about it.) But if the actor does not project an inner emotional life, then the facial expression will appear false. External and artificial, rather than internal and authentic.
You've likely fooled around with friends, when one of you pretended to be sad, angry, or scared, maybe by mugging a facial expression. Surely everyone could see that the person was merely playacting, rather than actually being sad, angry, or scared.
Conversely, there were likely times when you sensed that your friend was sad, angry, or scared, even if they tried to hide such emotions behind a happy face. Their true emotions were breaking through the surface -- a far more powerful and convincing thing to see than a fake expression.
Great acting is not about artificial facial expressions, but about generating and projecting real emotions.
A scene in Clockwatchers (1997) demonstrates an acting fallacy committed by poor actors (and poor directors). Lisa Kudrow plays an office temp (Paula) with dreams of becoming an actress. While riding home a bus, Paula shows a co-worker all the great faces she's learned at acting class. This scene is meant to satirize poor Paula, who (unlike Kudrow) is a terrible actress. Yet this scene also illustrates one of the hallmarks of bad acting. 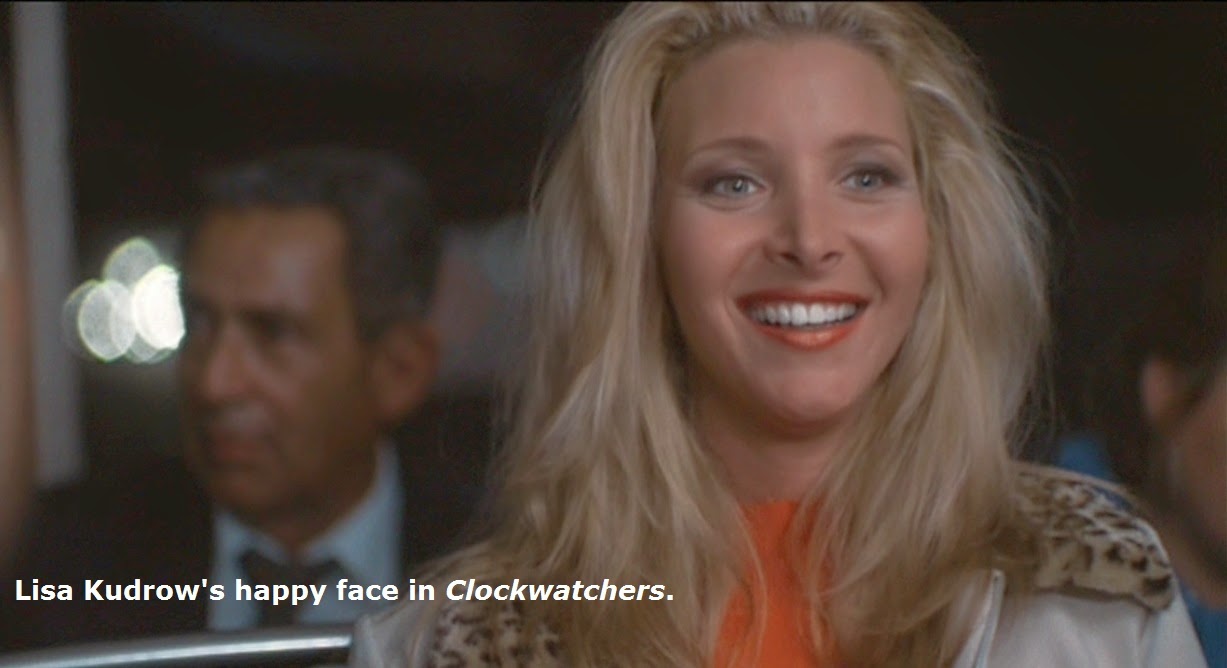 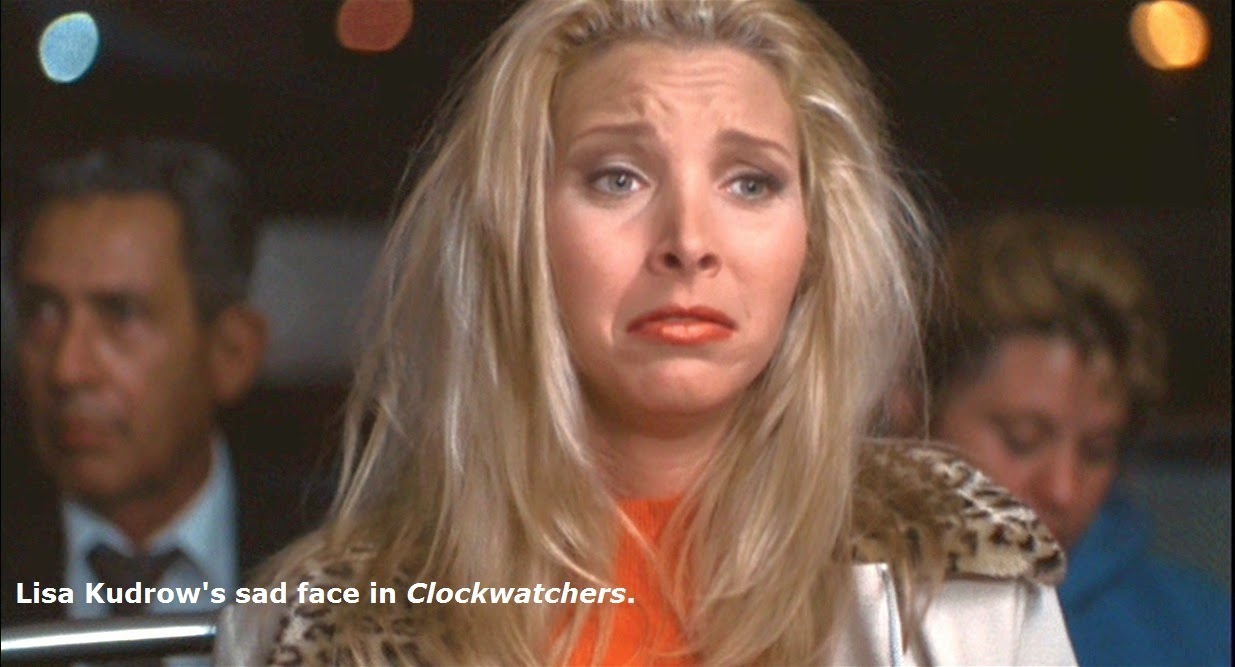 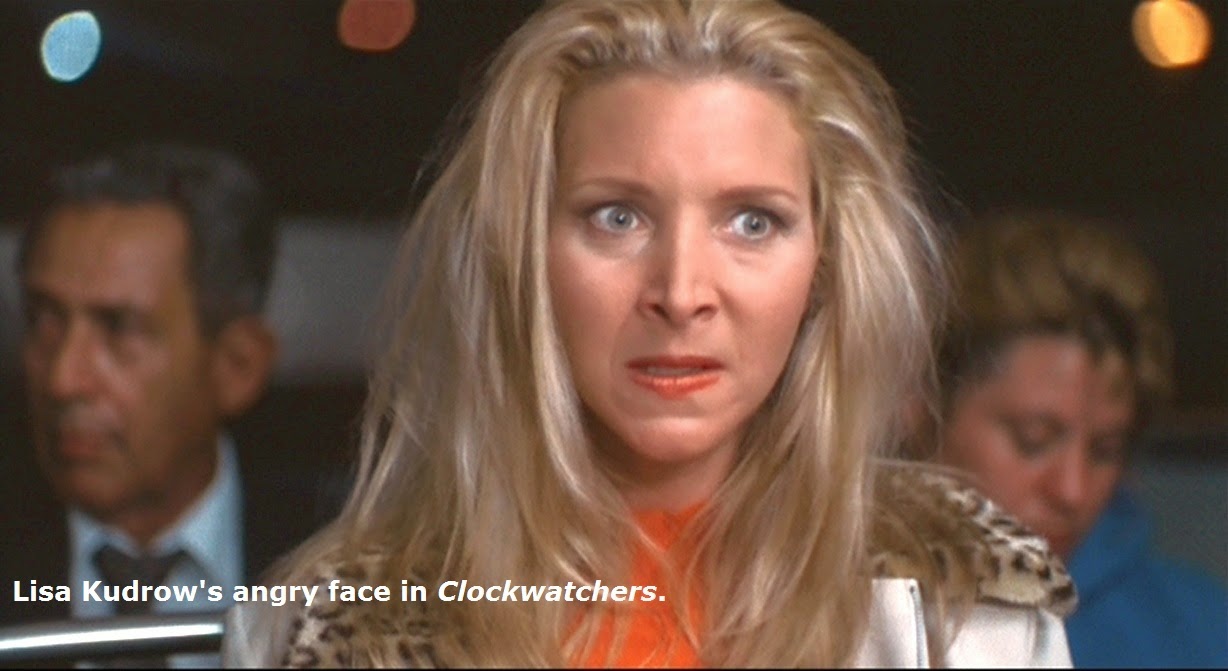 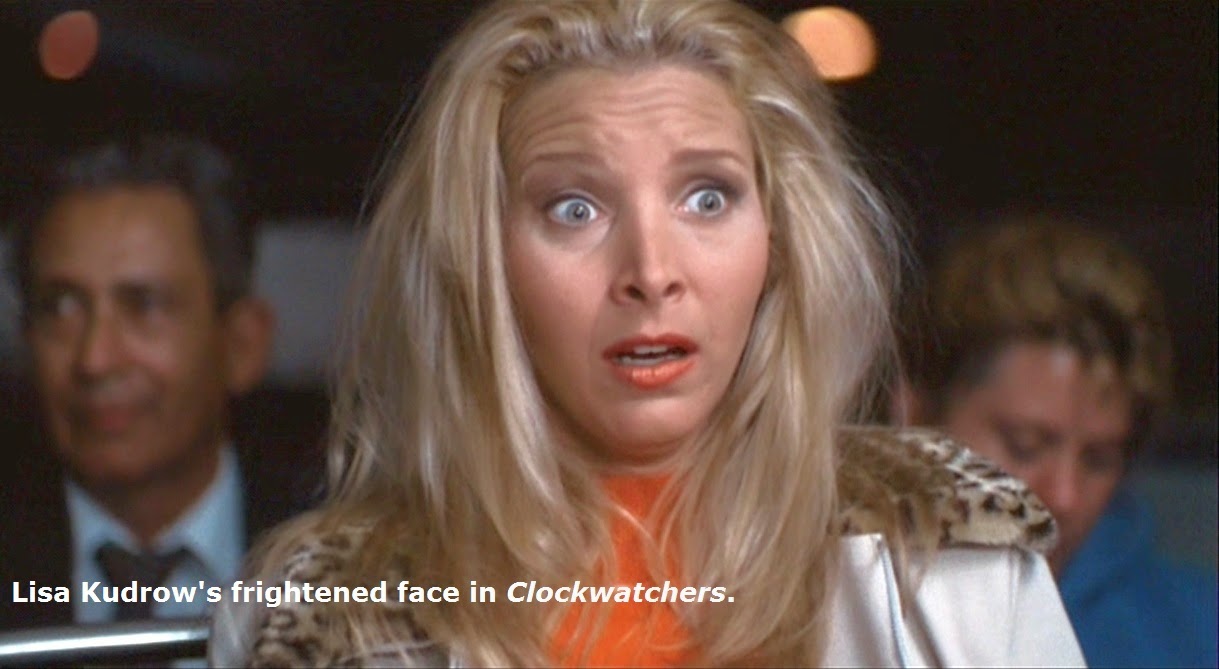 While Paula's "acting" is as good as that in many low-budget horror films, it falls short of great acting. (Her happy face appears the most authentic. This is likely because Paula herself is in an upbeat mood as she showcases her faces to her co-worker, so her happy face has authentic emotions behind it.)


However, to really "get" the above scene, one must view the actual film. Film students should watch Clockwatchers in any event, as it is one of the best indie films of the 1990s. A satire of office cubicle workers, it has authentic acting and dialog, and is subtler, more powerful, more poignant, and more true-to-life than the similarly themed Office Space.
Students of acting and directing should also compare Betty's (Naomi Watts) two performances of the same scene in Mulholland Drive. Betty, like Paula, is an aspiring actress. Betty first performs the scene at home, as she practices for her audition. Her performance is pretty poor. Betty then performs the scene a second time at the audition. This time her performance is so extraordinary.


This instructive scene from Mulholland Drive not only demonstrates great acting as opposed to poor acting, but it also shows that the same scene, when played with different emotions, yields startlingly different results.
=======================

For more information about acting in horror films -- see Horror Film Aesthetics: Creating the Visual Language of Fear. This blog represents a continuing discussion of my views on horror, picking up from where the book left off.
Posted by Thomas at 3:02 AM